Small rivers lead to the sea where waves break on monolithic rock formations. The broad, sandy beach reaches north to nearby romantic Hug Point at low tide. Oswald State Park is only a short scenic drive south on coastal Highway 101. The park is popular with surfers and hikers.

Two cannons were found in Arch Cape after a February 2008 storm. The 800-1,000 pound cannons are thought to be from the U.S.S. Shark, a survey ship that wrecked off the Columbia River Bar in 1846. They were discovered partially buried on the beach during Presidents Day weekend.

Whenever you’re looking to visit the Northern and Central Oregon Coast, Oregon Beach Vacations offers the most comprehensive list of Oregon vacation rentals. 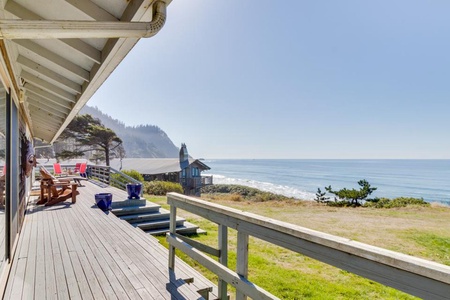 This website uses cookies to improve your experience while you navigate through the website. Out of these, the cookies that are categorized as necessary are stored on your browser as they are essential for the working of basic functionalities of the website. We also use third-party cookies that help us analyze and understand how you use this website. These cookies will be stored in your browser only with your consent. You also have the option to opt-out of these cookies. But opting out of some of these cookies may affect your browsing experience.
Necessary Always Enabled
Necessary cookies are absolutely essential for the website to function properly. These cookies ensure basic functionalities and security features of the website, anonymously.
Functional
Functional cookies help to perform certain functionalities like sharing the content of the website on social media platforms, collect feedbacks, and other third-party features.
Performance
Performance cookies are used to understand and analyze the key performance indexes of the website which helps in delivering a better user experience for the visitors.
Analytics
Analytical cookies are used to understand how visitors interact with the website. These cookies help provide information on metrics the number of visitors, bounce rate, traffic source, etc.
Advertisement
Advertisement cookies are used to provide visitors with relevant ads and marketing campaigns. These cookies track visitors across websites and collect information to provide customized ads.
Others
Other uncategorized cookies are those that are being analyzed and have not been classified into a category as yet.
SAVE & ACCEPT
Font Resize
Contrast
Accessibility by WAH